As sellers of vintage clothes online , Little Wings Factory love to find out more about the designers that influenced some of our favourite looks today. In this post, we are going to look a little bit into the life of Christian Dior - a famous designer in the 1950s who was credited with the birth of the "New Look".

Christian Dior was born in the seaside town of Grenville in France, in 1905. He was the son of a wealthy fertiliser manufacturer and was one of five children. In 1910, at the age of five, he and his family moved to Paris. Dior's parents harboured hopes of him becoming a diplomat, but Dior was fascinated by art from an early age and started to sell his paintings on the streets of Paris to earn pocket money. Once he was old enough to leave Scholl he did, where he ran an art gallery that his father bought for him, and him and a friend sold works by famous painters such as Pablo Picasso.

He had a good few years there, until the death of his mother and brother, the collapse of his father's business and the Great Depression in 1929. He was forced to close the Art Gallery and instead used his artistic skills to land a job with celebrated Couturier Robert Piguet where he worked until he was called up for Military Service in 1940, at the age of 35.

When his military service ended in 1942, Dior then landed a job with another couturier, Lucien Long, where he became the joint primary designer alongside Pierre Balmain. During the war, many couturiers such as Long, Lanvin and Nina Ricci would dress the wives of the Nazi Officers and French collaborators for purely economic reasons to ensure that the fashion industry basically survived the war. During this time, Christian's youngest sister Catherine joined the French Resistance, was captured by the Gestapo, and imprisoned at Ravensbruk Concentration Camp. She survived the war and was liberated in 1945. Two years later, Christian Dior launched his first fragrance and named it "Miss Dior" in her honour.

Christian actually founded the House of Dior a year earlier in 1946. He opened his showroom at 30 Avenue Montaigne, Paris and was backed by a cotton fabric magnate by the name of Marcel Boussac. There is some quibbling over the dates by fashion historians, as Dior didn't actually show his first collection until 1947, which is when some people believe should be the date of Dior's conception. Either way, he certainly caused a stir in the fashion world.

Dior's first collection was shown on February 12th, 1947, and it was unlike anything seen before. Glad to be free of the shackles of the wartime fabric restrictions, Dior crammed about 20 yards of fabric into each outfit. He showed 90 different looks altogether which mainly consisted of a fuller bust, cinched waist and calf-length full skirt. US Harper's Bazaar Editor Carmel Snow quickly christened it the "New Look" - a term that is still used to describe that collection to this day. 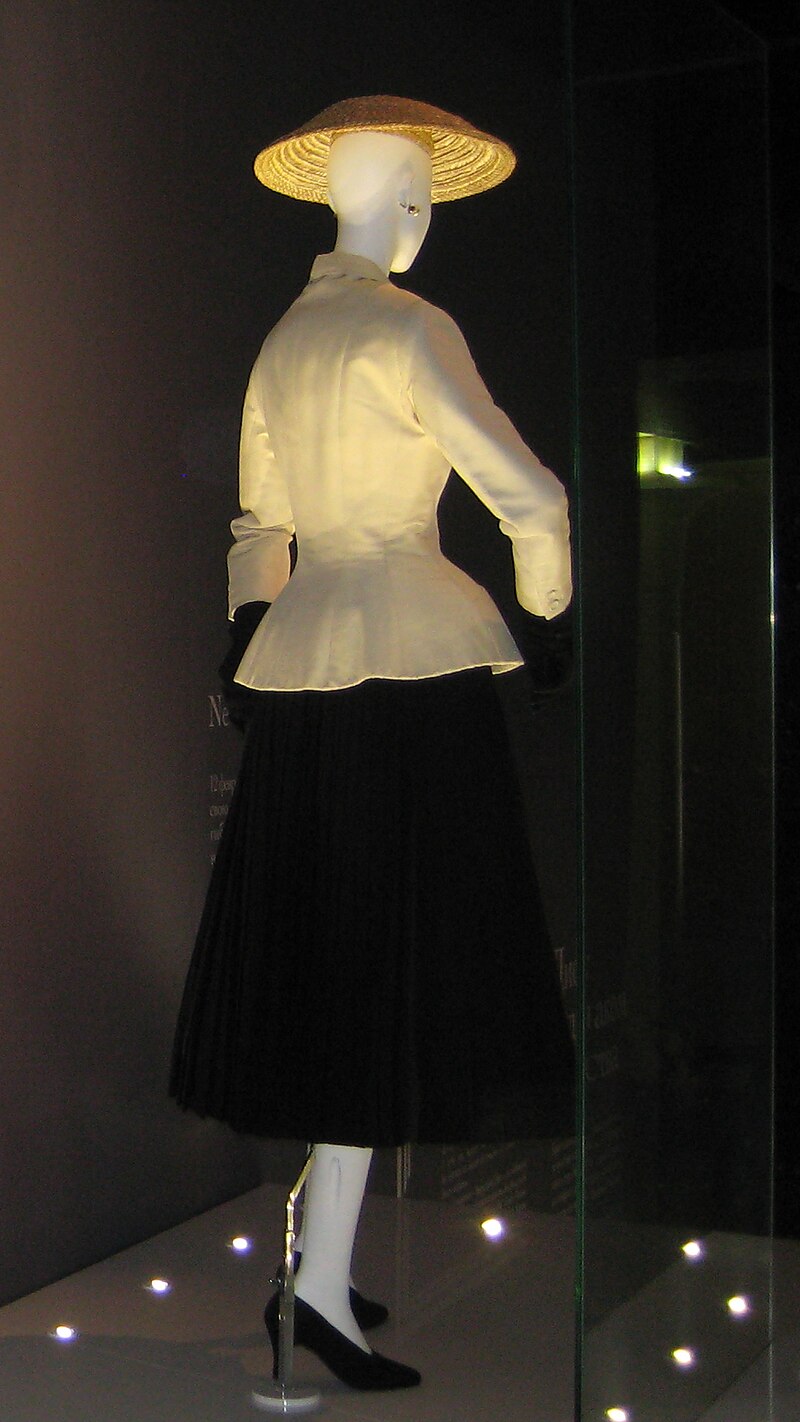 The collection was a huge success and Hollywood stars such as Rita Hayworth and Margaret Fontaine flocked to wear his pieces. Dior is credited as helping Paris to regain its joyful fashion capital status again after the war. Dior was even invited to Buckingham Palace to show his collection to Princesses Elizabeth and Margaret, although King George V reportedly banned them from wearing the "New Look" as it might set a bad example at a time when rationing was still in force in some places.

In November 1948, Dior established a luxury ready-to-wear house on the corner of 5th Avenue and 57th Street in New York - the first store of its kind. He also launched Dior perfumes in the same year, with Miss Dior being the first and Diorama following the year after. A year later, in 1949, he became the first designer to license his name, allowing Dior to be used on a wide variety of fashion accessories such as Shoes, Stockings and Furs. Dior believed in the importance of the complete look and wanted people to be able to wear Dior from head to toe. This move was widely criticised by the rest of the French Fashion industry, who felt it cheapened the industry, but it was a very profitable move for Dior, and so the rest of the industry soon followed suit.

In 1955, Dior took on a design assistant by the name of Yves St Laurent, and just two short years later Dior died of a Heart Attack at the age of just 52. His funeral was attended by over 2000 mourners, including the Duchess of Windsor. Fearing The House of Dior would fall into disarray, Dior's business partner Jacques Rouet appointed St Laurent as artistic director. St Laurent stayed in this position until he was conscripted into the army when Rouet decided to dismiss him and employed Marc Bohan instead. Bohan made Dior a real success and was credited with a more slimline look for the brand, which reinvigorated its success.

Things were good until 1978 when Boussac (Dior's original investor) was declared bankrupt, and all his businesses were sold to the Willow Group. When they went into administration in, Dior was bought by Bernard Arnault for the symbolic amount of one franc. Arnault significantly changed Dior's operations, making it a holding company and taking a stake in LMVH in 1988 - creating one of the biggest luxury global conglomerates in the world, in which Dior continues to stand out as a truly megabrand.

In 1989, Gianfranco Ferre was made the stylistic director of Dior, replacing Bohan. He was replaced by British designer John Galliano in 1997. Many people said that Galliano was very similar in style to that of Christian Dior - the man who started it all - with a mix of romanticism, feminism and modernity. Galliano stayed at the helm of Dior until 2011 when he was dismissed after being filmed making anti-semantic remarks. The former design director of Dior, Bill Gayten, headed up the firm until 2012 when Raf Simons was announced as Artistic Director - a position he holds to this day.

To check out Little Wings Factory's range of vintage clothes online, please go to our website at www.littlewingsfactory.com

How to Add Vintage Style to Your Wardrobe

Time for a Floral Tea Dress

You can use this element to add a quote, content...